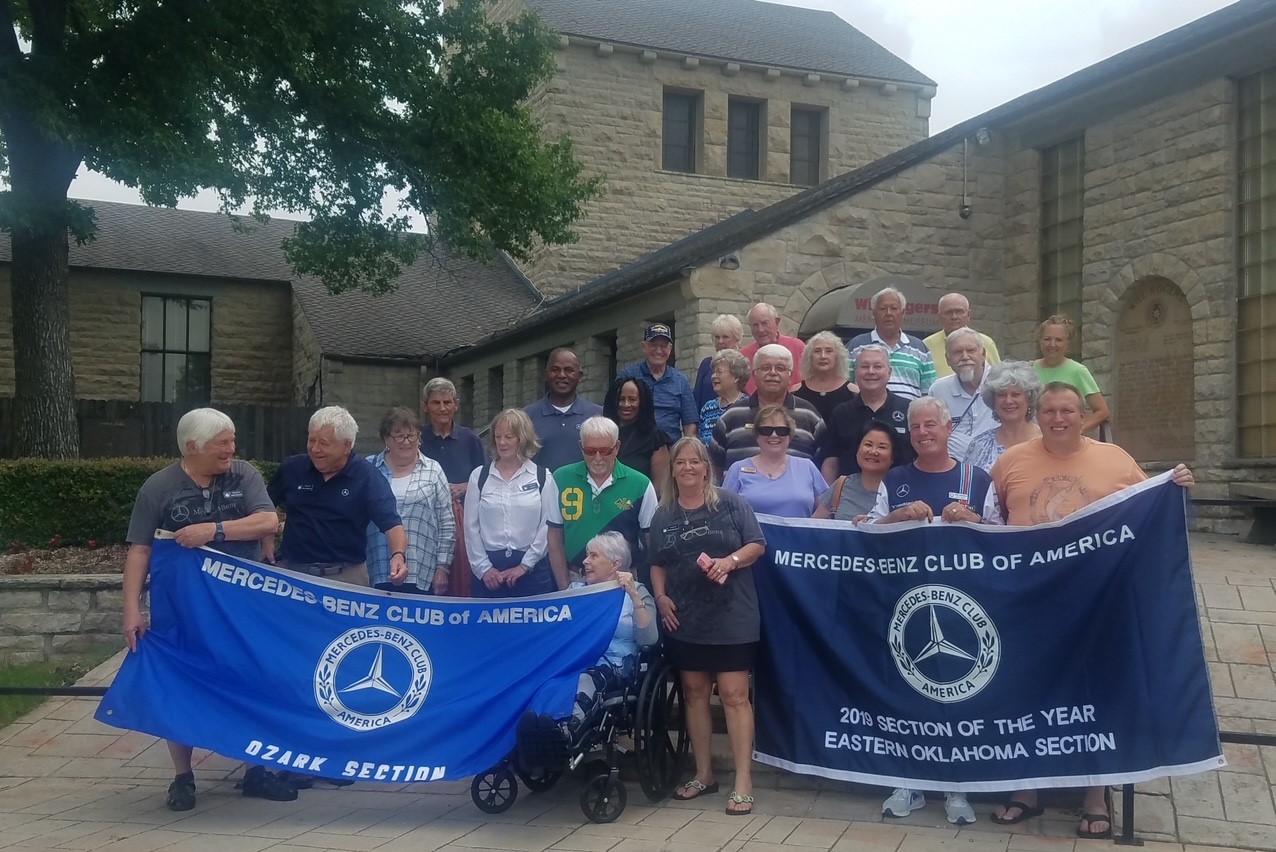 The Ozark Section of the Mercedes-Benz Club of America invited the Eastern Oklahoma Section to join them for lunch at J. Farley’s Pub Restaurant and the Will Rogers Memorial Museum in Claremore, Oklahoma. Twenty-nine members and 15 vehicles from the two sections were able to get together for an amazing afternoon. J. Farley’s Pub was established by Chris Hayes and James Franklin, in memory of their dear friend and fire fighter, Jason Farley, who lost his life in a flood rescue while on duty with the Claremore Fire Department. The pub had recently moved to its new location on Lynn Riggs Boulevard (Hwy. 99). There is a designated wall in the restaurant for fireman to attach their respective fireman patches from wherever they may have served. Joel Menold, an Ozark MBCA Section member, was a volunteer fireman in Klein, Texas, for many years. He was honored to attach three patches from the Klein Fire Department, the Harris County Fire Fighters Association and Texas State Firemen’s and Fire Marshals’ Association. From the pub, members drove to the Will Rogers Memorial Museum at the top of a hill overlooking the city and valley below. It’s a beautiful view. Arrangements had been made to have a tour guide meet us as we arrived at the museum, and we were honored to have Andy Hogan, a former high school principal and a 17-year volunteer at the museum. Andy stood on stage and explained the life of Will Rogers and did rope tricks. We were also given the opportunity to watch a 30-minute film about Will Rogers. Will Rogers and family members are interred on the grounds. The museum is full of beautiful paintings, sculptures, saddles, and memorabilia. Andy also gave Dottie Miller a lesson on how to twirl a rope!!! This was a great event and a destination to experience one of our special public heroes. Thank you to the Eastern Oklahoma Section for joining us once again and to Joel and Kathy Menold for organizing the event. 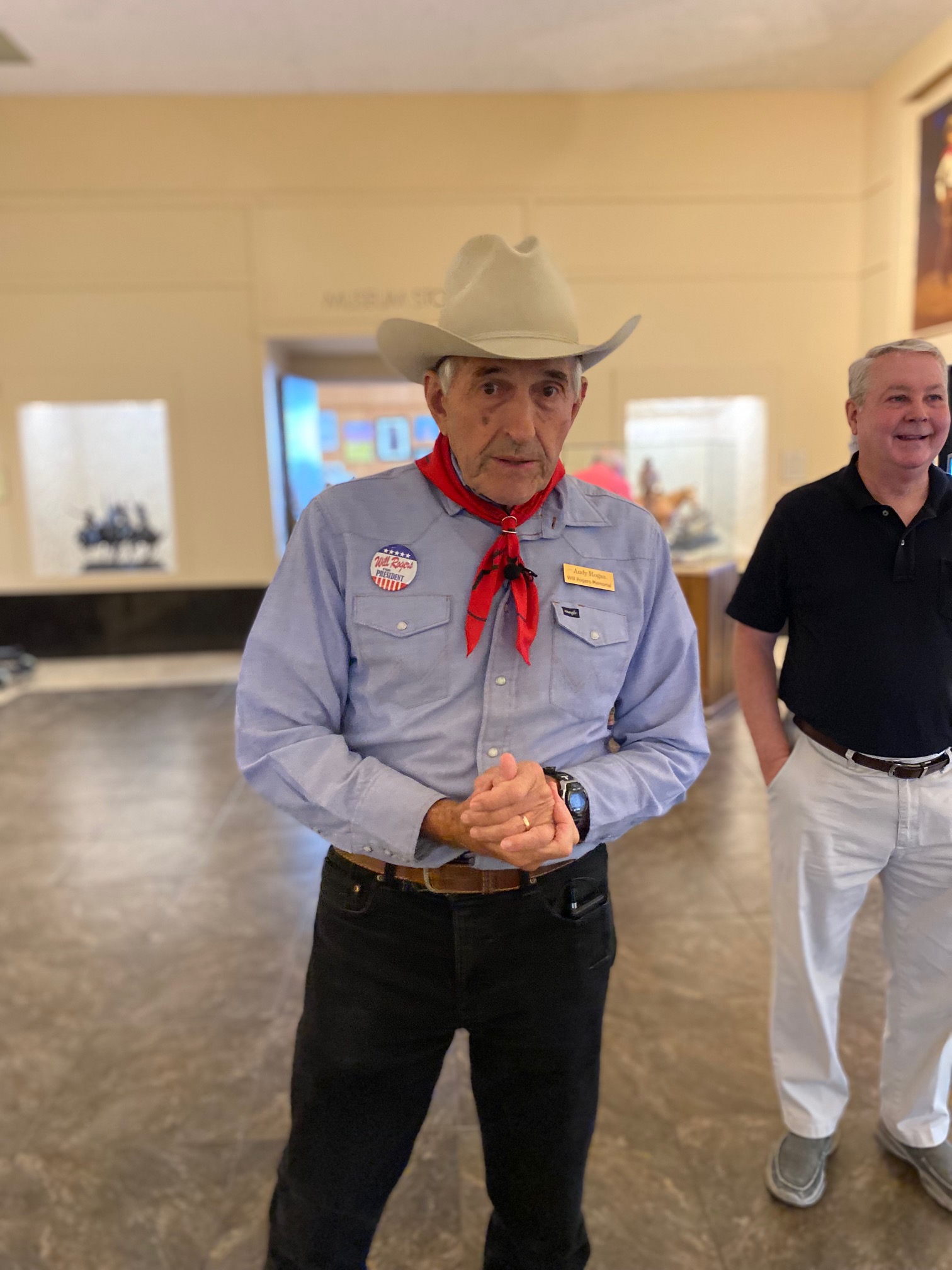 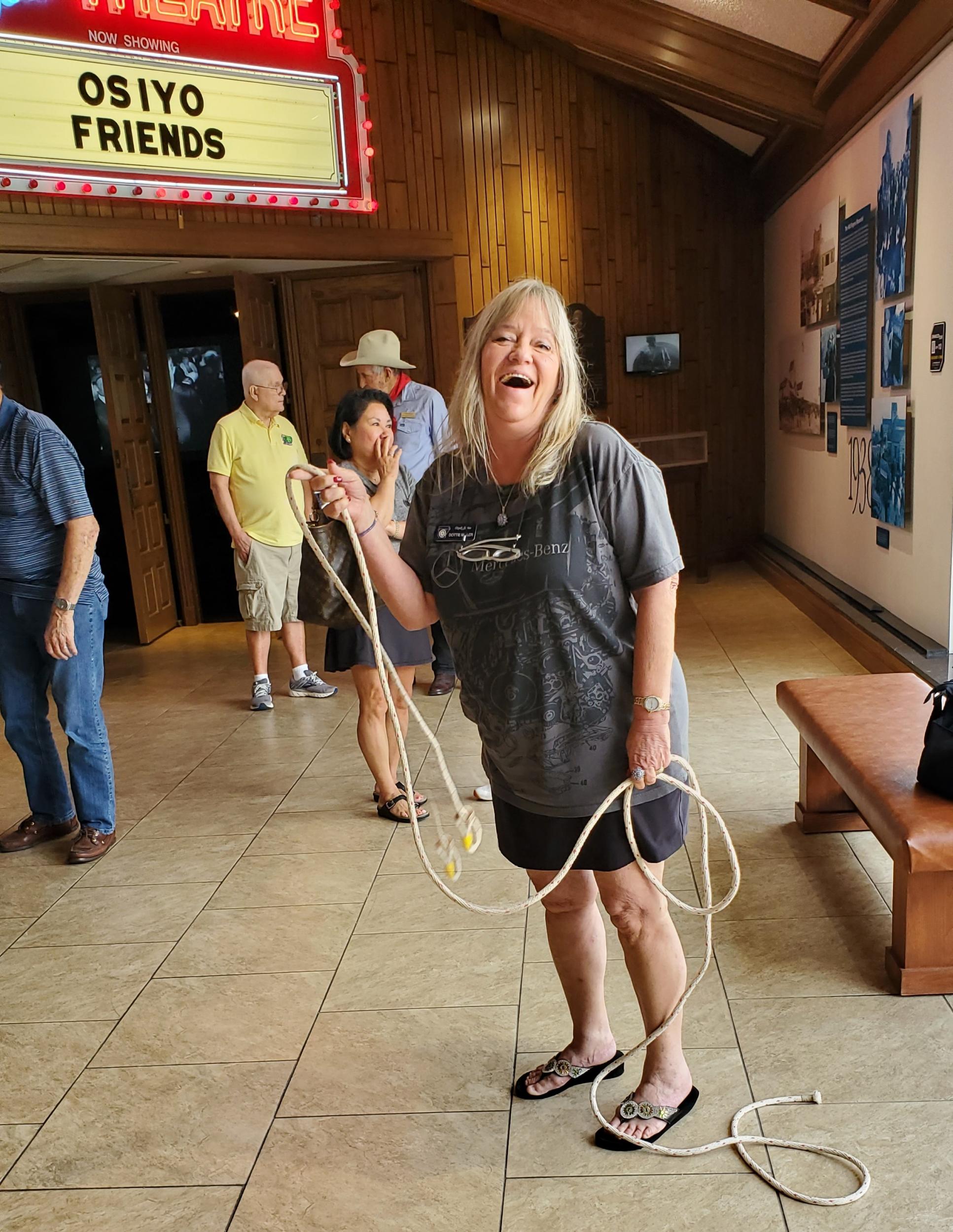 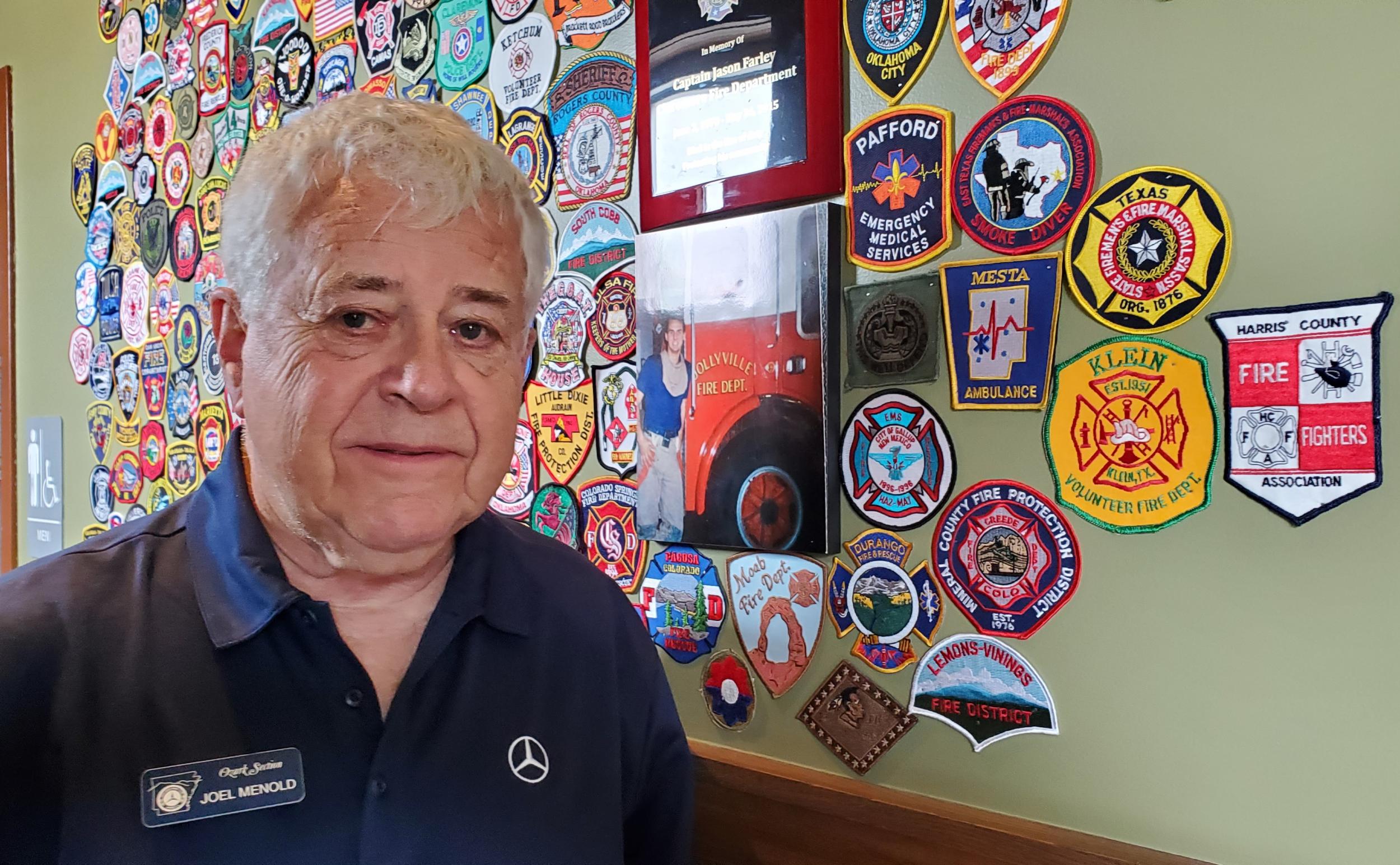